The ‘Bermuda’​ Triangle: How Great Teams Lose Their Will, And Their Way

The leadership team with which I was working was in complete agreement:

“We are terrible at saying ‘no’. We’ve got to stop trying to be everything, to everyone.”

Unfortunately, everyone knew that this would be easier said than done… 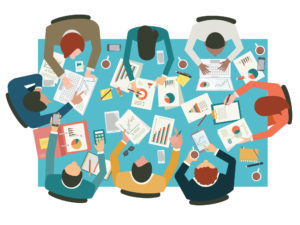 Earlier in the day, the group had all taken a Personal Core Values Assessment — a short exercise that revealed the top five “core values” of each member of the team.

As the executives reviewed the results, they noticed an interesting trend: nearly everyone on the team shared the same three core values:

These shared values helped to explain why this team was so good at what they did:

They regularly exceeded performance targets and expectations and, just as important, were lauded by their direct reports as “role models” and “servant leaders.” In other words, this was an “all-star” team.

And yet, as they shared with me that day, they were also exhausted.

Despite their success, they were all working longer and harder than ever.

Interestingly, the values explained that, as well…

Taken together, these three values create what I refer to as the ‘Bermuda’ Triangle  — a situation in which tension among these competing core values makes prioritization nearly impossible, and can lead even the smartest teams to lose their way. 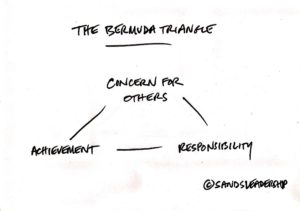 Driven by both a burning desire to “win,” as well as a deep sense of responsibly to serve, these highly-capable, well-intentioned leaders often struggle to say “no.”

They lose their focus, take on more than they can handle, and unintentionally sacrifice their personal health and well-being.

The end-result: a driven, compassionate, and tired team.

The Paradox Of High-Performing Teams

This was not the first team I had worked with that was struggling to navigate “The Triangle.”

In fact, in my work with teams around the world, over 64% of leaders identify at least 2 of these 3 values as “core.”

Even more, based upon 360-degree feedback, leaders who possess all three of these values were more likely than their peers to be rated as a “very good” to “great” leader by their direct reports and colleagues.

And there-in lies the paradox:

The values that often define and characterize the highest-performing leaders and teams can paradoxically lead to the conditions of overwhelm, burnout and exhaustion that will undermine their performance over time. 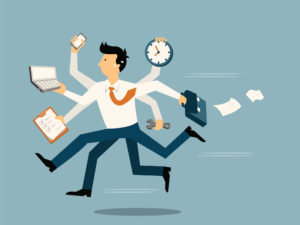 Make 2019 A Better Year For You And Your Team

If your team is stuck in ‘The Triangle,’ there’s hope.

Your values are the principles and beliefs that guide your decision-making and behavior.

Your “core” values are the 3-5 most important principles that drive you.

Once you know, precisely, what you value, you can then more effectively anticipate the conflicts you will experience and develop the necessary boundaries required to ensure that you, and your team, can lead and serve in a sustainable way.

How To Recapture Your Will, And Your Way

If you’re feeling exhausted right now, it’s likely that your team is, too.

Sadly, unless you make a change, then 2019 will mean more of the same.

The good news: this is a solvable problem.

And first step in solving it is to bring your team together — to discuss the problem, understand the root causes and develop a new-and-better model for sustained high-performance in 2019 and and beyond.

Teams that work hard, own their outcomes and focus on others can both change the world, and make oodles of money in the process.

Unfortunately, too many such teams lose their way, and their will, before they reach the finish line — lost in the “Bermuda Triangle” of compelling values.

Don’t let that happen to you.

Email is the best way to get in touch with Ben. You can reach him here:

If you need to schedule time to speak with Ben via phone, you can access his calendar and schedule a call here.

You can find out more about which cookies we are using or switch them off in settings.

This website uses cookies so that we can provide you with the best user experience possible. Cookie information is stored in your browser and performs functions such as recognising you when you return to our website and helping our team to understand which sections of the website you find most interesting and useful.

Strictly Necessary Cookie should be enabled at all times so that we can save your preferences for cookie settings.

If you disable this cookie, we will not be able to save your preferences. This means that every time you visit this website you will need to enable or disable cookies again.